How an Australian brand started to help end period poverty 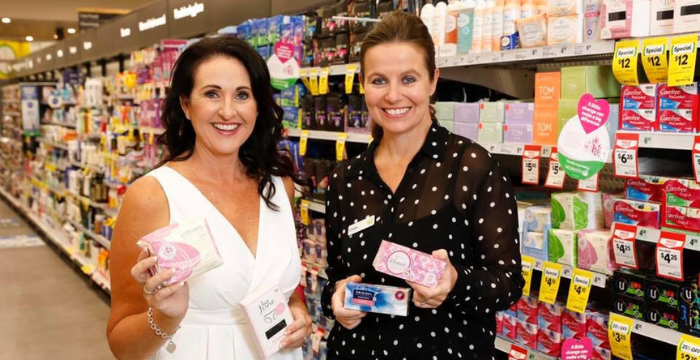 How an Australian brand started to help end period poverty

When I think of where it all started, I am in awe of how far we have progressed when it comes to period poverty here in Australia.

In 2015 when I first read an article about period poverty by Mamamia, I was shocked. I was shocked this problem existed in Australia and shocked this was not the first article to be written about the problem.  How could anyone read about period poverty and not do anything about it? But 2 articles were all there was to highlight the problem existed in Australia.

It was also difficult to find images on anything period related let alone showing the reality of period poverty.  There were images of Courtney Cox from a Tampax ad but that was essentially it. I also could not find a single image of boys or men holding period products.

After reading that article I set out on a mission. We needed to get period products into the hands of women who needed them. When I first read the Mamamia article, it said 48,000 women were experiencing homelessness and were using socks, newspaper and wadded up toilet paper to deal with their period.  I thought… hmmm period products for 48,000 women, I can do that!  Little did I know this was only the tip of the iceberg.

Add to that number our remote Indigenous communities where access to period products was limited and extremely expensive. Add the women experiencing domestic violence who fled with nothing but the clothes on their back. And what about the drought-stricken farming communities, the refuges and those who are doing it tough and choosing between buying essential items and buying period products.

The challenge was, it’s not like giving a woman a warm coat or pair of shoes that would last for years, this was a monthly problem and a problem that was bigger than I ever could have imagined.

Was I overwhelmed by this HELL YES, but I knew my job was to make sure there wasn’t a woman in Australia who didn’t know this problem existed. Because I still truly believe there isn’t a woman I know who wouldn’t want to be part of the solution.

I was a personal trainer at the time and started by collecting period products from my clients. In March of 2015 I collected 450 period products. We went on to start collecting nationally by having donations dropped off at our volunteer’s houses and at select businesses who put up their hand to help. But my absolute dream was to be able to say collection points nationwide.

Whilst this was by no means on the government’s radar, I knew it needed to be. But I was hearing time and time again, what’s the problem, where’s the data?  I knew I needed to continue getting period products to those who needed it and started collecting data along the way. After we had successfully campaigned to see the removal of GST on period products, I received a very exciting phone call from Woolworths. I was stunned, one of the biggest brands in Australia cared about our cause and wanted to share in our mission to eradicate period poverty in Australia.

In 2019 I was finally able to say to our audience collection points are at every Woolworths nationwide each March and August.

Remember my job was to ensure there was not an Australian who didn’t know about the problem… Woolworths was certainly going to help us spread the message.

Woolworths marched straight into this space and forged a partnership with us that had never been seen around the world.  A national chain was having conversations openly about periods. They even joined the fight to remove the shame and stigma around periods by renaming their ‘feminine hygiene’ section to ‘period care’.

They were also putting their money where their mouth was and donating 5 cents from the sale of every period product sold in March and August during our Dignity Drives.  This equated to millions of dollars invested into solutions to eradicate period poverty.

These machines are life changing for so many. They give dignity back to those experiencing period poverty, allowing them to access period products discreetly.

Woolworths are bloody legends in my eyes. I truly believe this is part of the reason our government started to stand up, take meetings and take action with us. If one of Australia’s most trusted brands could see the need to help end period poverty, it was time for the government to start to take it seriously as well.

Since forging our partnership, we have continued to hold biannual Dignity Drives with collection boxes at Woolworths stores nationwide and in March we reached over 500,000 period products donated at Woolworths stores. A big jump from the 450 products I collected that first year.

Thank you, Woolworths, for taking action when others didn’t have the courage to go there. Your support has made it easy for our donors to donate, but also easy for people to hear about the problem and be part of the solution.

Can you recall another time in Australian history where a brand has gone where others were not brave enough to? Together we are so much stronger.