1 in 5 Australians forced to ‘improvise’ on period products 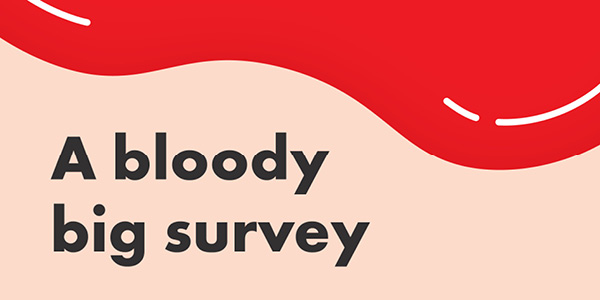 A significant number of Australians are resorting to using toilet paper or other unsuitable alternatives to manage their period, according to new research by charity Share the Dignity.

The Period Pride report, which is based on responses from more than 125,000 Australians, found that more than 1 in 5 (22%) people who menstruate have had to improvise on period products due to the cost.

Additionally, close to half (49%) of respondents admitted that they have worn a pad or tampon for more than four hours because they didn’t have enough products to get by.

Share the Dignity Founder and Managing Director, Rochelle Courtenay, said the research painted an alarming picture of the reality facing many people who menstruate.

“We expected to see that shame and stigma surrounding periods still exists, but we couldn’t have predicted the sheer number of people who have struggled to afford period products,” Courtenay said.

“It’s not just about using toilet paper either, it’s about not having access to period products when you need them – whether that’s changing to a less suitable but more affordable product or asking a friend to purchase products for you.

“This experience is more common than we thought, but not spoken about enough. It’s likely that you, your mum, aunty, friend, or colleague has found themselves in a situation like this. No person should ever go without these essentials.”

The report, which is informed by data analytics and insights from data science social enterprise WhyHive and written by Dr Jane Connory of Swinburne University of Technology, also revealed that tens of thousands of young people are missing out on quality education. Nearly half (46%) of respondents said they’ve skipped school for at least an entire day because of their period.

When students do attend school through their period, many said they often find it difficult to pay attention (74%) and have not been able to perform their best on exams or assignments (46%).

“Some respondents started their period as early as 10 or younger, so this shows that we need to have an open dialogue around menstruation much earlier – not at age 11 or 12 as is the current approach in the school curriculum,” Courtenay said.

With two-fifths (40%) of respondents saying they have called in sick to work because of their period, it seems that menstruation-related absenteeism is a persistent setback.

Staying home is the only option for many who are unable to manage period symptoms such as pain, headaches, and nausea (24%).

Alicia Millier suffers from Endometriosis and has had many days off school and work but felt she could never be honest about why she was sick.

“I remember waking up for work and struggling with the symptoms that came every month – nausea, exhaustion and toe-curling pain which left me bedridden and trying to breathe through the horrible cramps. I’d call in sick for work and say it was for something else because I felt like I wouldn’t be believed,” Alicia said.

Courtenay added that the shocking statistics provided the evidence she needed to affect lasting change.

“We set out to achieve a bloody big survey and we did it – this is now the world’s biggest piece of research on menstruation,” Courtenay said.

“This research validates every heartbreaking story, every raw experience that we have heard in the six years since starting Share the Dignity. We can now set our advocacy efforts well and truly into motion to end period poverty.

“Our initial focus will be to ensure that students from primary to tertiary have access to sanitary items and education around menstruation. We will continue to lobby for hospitals across Australia to make sanitary items accessible through our #paduppublichealth campaign and encourage Australians to donate products where they can. Together, we can all work towards ending the shame and stigma around menstruation in Australia and beyond.”

Share the Dignity will continue its bi-annual Dignity Drive throughout August to collect and distribute much needed period products to those in need. Supporters can drop off donations at all local Woolworths stores and several nominated businesses nationwide.